'The Island of Momo' - Game Review

Introduction
Before I can get into this I said in my last review I was going make my second review but I realized that’s too long for a release so I’m gonna release 2 release every week. Today were gonna be looking at a horror indie game called ‘The Island of Momo’. An 3D endless survival shooter game released on April 15 2021 on Y8.com. There’s not a whole lot to say about this game due to the lack of gameplay and stuff to do, so let’s start!

Getting Started
Just like WebGL games you get a default intro screen intro into the game. The main menu will get you to this. 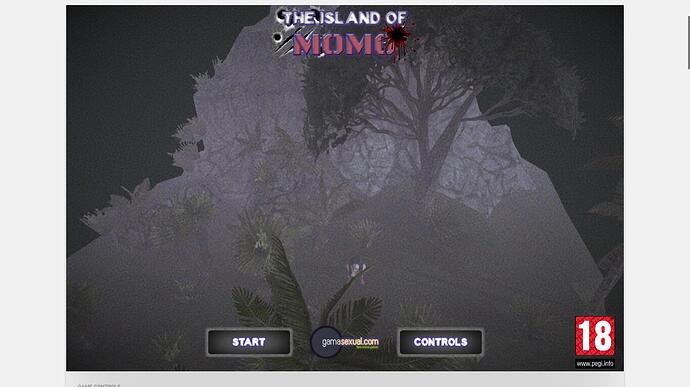 As you can see Momo is there turning her head left & right, a lot of plants, trees, and more. Nothing else see in the background.
You’re notice you hear creepy b.g.m. in the game (even during gameplay), starting options (START & CONTROLS), a inappropriate website link, and another link (www.pegi.info). First let’s go to ‘CONTROLS’.
You’re see a lot of keybind controls that will show you in the screenshot. 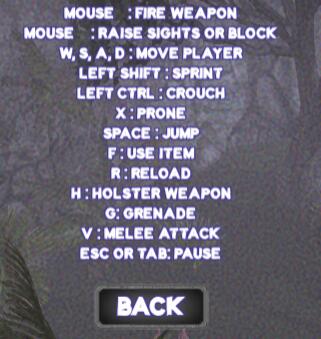 This will help you in the game & learn the controls. Also this has controller support so if you have a xbox one (x/s) controller like me then here some controls.
Y - Jump
B - Crouch
A - Reload
X - Pick Up
D-Pad doesn’t work expect pressing right d-pad change weapons.
LT - Aim
RT - Shoot
LB - Nothing.
RB - Nothing.

Except for the LS/RS there totally fine

. Now to the ‘START’ option.
This pops up when starting the game.

A strange quick story by the way. You’re get ready for bed living in a strange island full of monsters, huh.
You have to survive as many seconds as possible, no award, no leaderboard, no nothing. You’ll start to notice that this game is gonna get boring while surviving. Then when press ‘NEXT’ and a big button will say ‘SURVIVE’, click it and you will spawn near behind a large ocean as a man wearing black pants and a gray uniform shirt, outside at a huge island. You will have a usp-s gun and a knife on you, you now started the gameplay!

Gameplay
As you spawn in 5 seconds, momo will already chase you. When killing here you’ll notice some houses with nothing inside except a item on a weird looking red thing, either if it’s a grenade, a gun, or more stuff to pick up, even at outside though out the game. Sidekicks will stand around like for instance. The monsters you see are skeletons, rats, other momos (not one), even more. 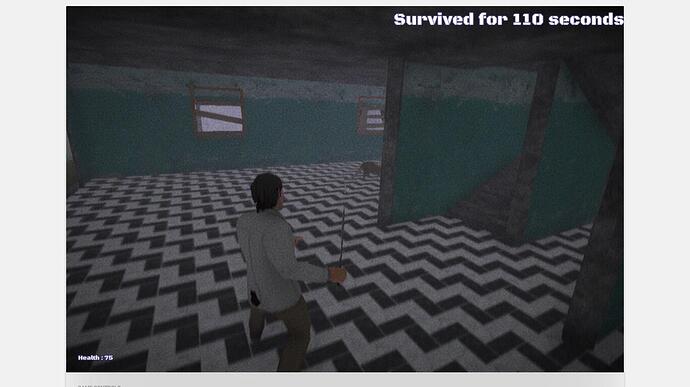 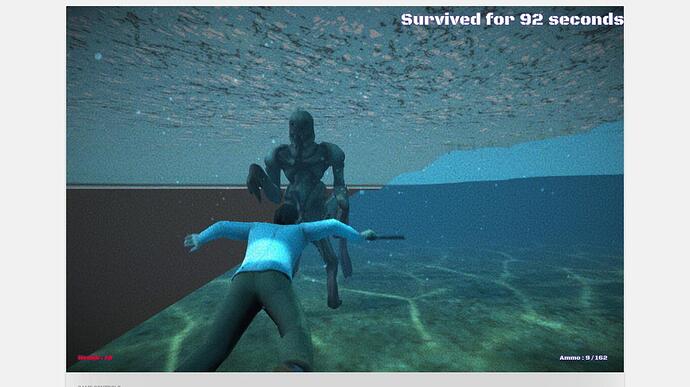 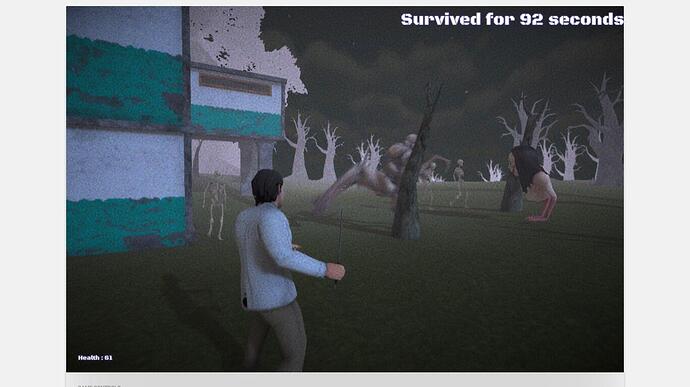 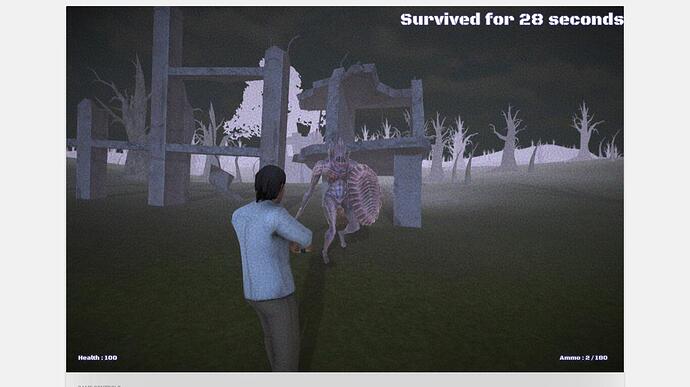 You can also pause the game by pressing esc on your keyboard and have options:

Nothing else to say about the gameplay, now explain some criticism.

Criticism
One thing that pisses me off is the FPS in this game, notice that the settings is not there for you, even quailty settings is not there. This happened to me on a acer chromebook so I don’t know if it’s just me I don’t know. When surviving though out the game you’ll notice it get’s old & boring. Nothing to do, just shooting random AIs, the a.i. is terrible, they just walk to something else & and then getting closer will react & get them to kill you. Also you can stand on a high surface somewhere and it’s just miles away from the spawn. Take a look. 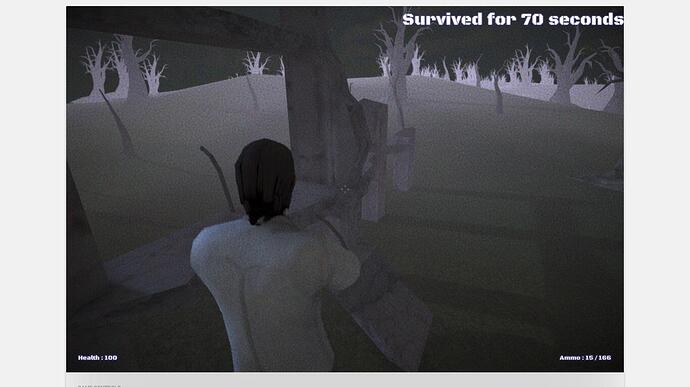 I know it’s a cheating way but that’s how boring the game is and continue to be. A horror game needs to have better graphics, settings, models, and enjoyment. Like Dead by Daylight, Resident Evil, and Little Nightmares 1/2. But this one didn’t try it’s best to become the best popular horror game on the website.

Tips & Tricks
Not a whole lot to say but all you need to do is to camp on a high surface, find some spots. Or you can go all the way to the end of the map if that works for you.

In-Conclusion
This game can give a 2/5, this grind my gears for god-sake. Not even close being my favorite horror game, completely boring, game has horrible fps (for me), no settings. It’s…it-…is just awful to play. Not even a second getting scared of anything it’s just a really cheap horror games. I haven’t gotten any enjoyment on this game at all, playing through it just makes me

and it’s sad to see a game bad like this. But hey, at lease there some good momo games out there, not even the mobile ones that has levels in them and have shit ton of ads. Yeah on of those mobile games on the google play store…

This is my last review for this week, more games to review coming up. This game was kinda new for me and I just wanted to review it. It seemed cool when looking at the video preview but this was an awful game for me, what’s your opinion?