If you reading this right now you probably wanna not to read this because this situation is one of the most disgusting, foul posts ever created. I will go ahead and censor every screenshot I put on here so my post won’t get flagged automatically.
So if you’re aware, this person named MysteryPlayer has been SEXUALIZING minors & constantly posts disgusting messages and stuff. He would use people for relationships & would ship a person & another constantly. On August 25, 2021, MysteryPlayer posted a forum called

(I was able to find this post by going to web.archive.org)
It has 2 inappropriate images & also had xHavoc & Fashionista text on the characters, rather it would be a woman or a male. Each girl would smush their face onto their (I can’t say it) private part. People saw it & will immediately get uncomfortable, the comments were filled with critics & also flagged the post. On August 26, 2021, MysteryPlayer got a suspension by @Bad_Request & the post got deleted. Now he has created another acc on the day he posted the disgusting forum, it is now MysterySeducer. 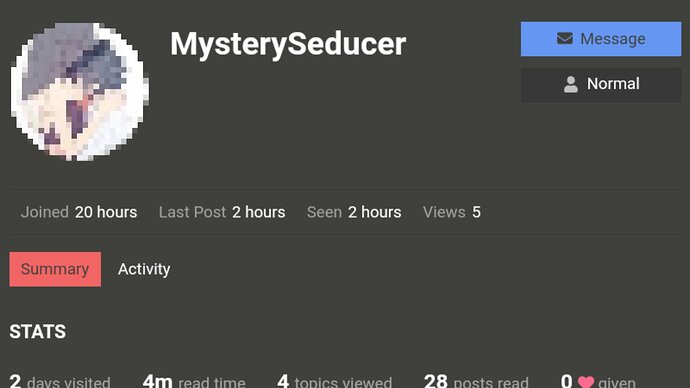 And once again posted another disgusting forum. 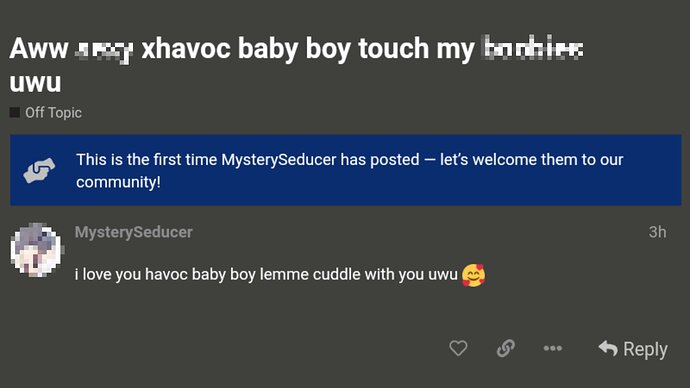 Not only he bypassed the suspension but also broke TOS (Terms of Services). Also, this person is a woman & I know people are gonna say that she can have relationships with other boys. Just because she’s a girl doesn’t mean that she can have a BF, saying disgusting things & posting weirdo shit. This website is not a dating site for the millionth time saying that, people don’t understand that sexualizing random minors online is foul as hell. No one needs to make somebody feel like you going to hurt or harm someone else.
In conclusion, this person is going to get away with the things that he had done & hopefully admins can do, something about this. Literally, almost all of the admins are inactive lol

At this point I wanna find their parents and school to report them. They are ruining their future and I don’t feel any bad about it

no need to blur we all see it

We blocked him again, and we will do each time we will see him in the future. Sadly, he changes his IP address each time he creates a new account, so we can’t do much more.

Thx a lot for helping them

But can you suspend her again?

no shit sherlock. hes gone for now. you shouldve knew what i ment.

Thank you very much @Bad_Request, you’ve been our biggest help!

This topic was automatically closed 10 days after the last reply. New replies are no longer allowed.