A game called Minecraft Shooter is a 3D first-person shooter. The game was added on July 13, 2021, & made by GoGoMan. 1 million play times & 85% liked. As we all know, Minecraft is survival about mining, building, and exploring. The objective of the game is to kill 46 enemies

(which is mobs) & you’ll progress throughout the game each level by doing the same objective.
Well, you’re not progressing, keep in mind the levels in the game don’t change, it doesn’t matter if you win or lose, so there’s no point in adding levels. The enemies are bad and do a small bit of damage. There are 5 mobs, a zombie, an iron golem, a skeleton with an ax (not a crossbow), a creeper, and an enderman that throw arrows at you on a tree while dancing. 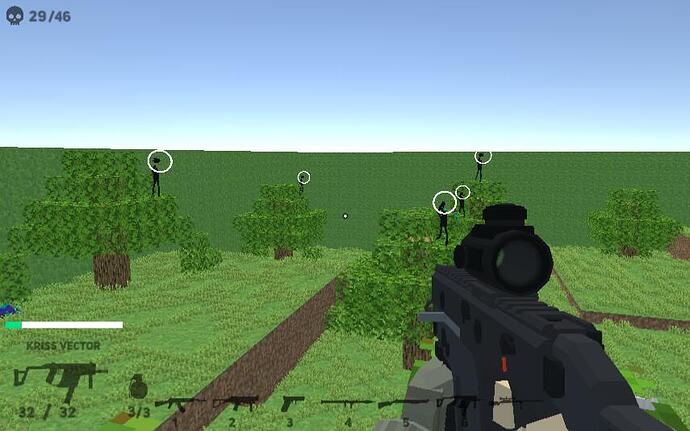 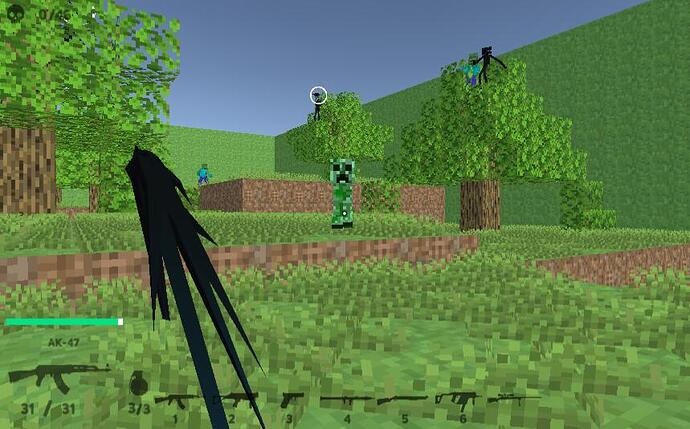 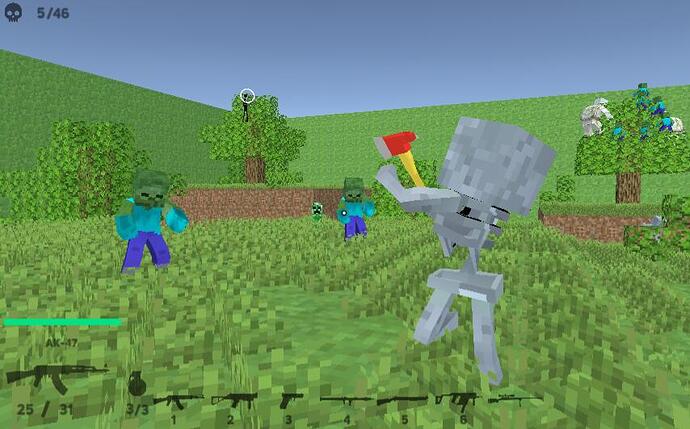 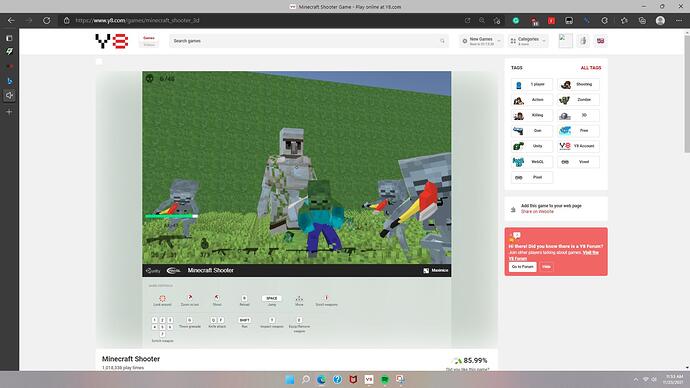 Screenshot 2021-11-23 1154161920×1080 152 KB
The AI in this is also easy to explain. Enemies will spawn at the different areas when you start the level. Some enemies won’t come at you until you get close enough. But if you spawn close to the enemies stuff will go crazy. The iron golem moves slow but in the original, it comes at you fast, the skeleton runs at you, the zombies walk normally as any other zombie should, the creeper comes at you normally, and the enderman idles. How the enemies and the way they attack is not related to Minecraft at all except the creeper. The attacking is slow, the zombie punch with one fist, the skeleton slings the ax, the iron golem has the attacking as the zombie, and the enderman throws arrows. What’s also not related is the gun models and the deaths. The gun texture isn’t blocky, shooting enemies contains blood & the deaths are ragdolls, it’s very hilarious. Creepers blow up in pieces but don’t destroy any block or grass. Forgot to mention the health bar and the weapons but I think you already know, it’s easy to explain.
The background music isn’t Minecraft, when enemies attack like the zombies doesn’t sound like a zombie, the skeleton also makes grunting as well. That’s pretty much all I can say about it.
Well, that was Minecraft Shooter, a boring fps game but it’s still fun killing a bunch of mobs. It’s also related to Minecraft with the textures & stuff. I don’t know how to rate this, you tell me in the comments.

yes, I played that game a long time ago it is really good, but as such comments from months ago, there was an error in a level that for some reason of error or bug was missing to eliminate an enemy, but this enemy was not seen .I think it was fixed,whatever.

A game called Minecraft Shooter is a 3D first-person shooter. The game was added on July 13, 2021, & made by GoGoMan . 1 million play times & 85% liked. As we all know, Minecraft is survival about mining, building, and exploring. The objective of the game is to kill 46 enemies

Cool little review, my tend to be in the thousands when it comes to word count. I’ve identified some mistakes, not on a grammatical level, but out of the context.

Nevertheless, I really do think that you’ve put some time and effort into actually writing this thing instead of doing something else, so that’s something positive. But you could have ended the review by stating the truth ; that the game indeed does suck.

All in all, I respect your effort that you’ve put into writing the review, in all honesty. But do check this out Roblox or Minecraft?

@Alden_Smithson Well, thank you very much! I really like doing this but when putting out game reviews no one really cares. It’s really sad because this took me HOURS & all of the effort I’ve put in to make this the best review out there. But overall, I really
do appreciate the comment!