If there’s one cute kart game that deserves attention! it must be this game!

It’s a multiplayer online battle arena game (MOBA)! that you can play along with friends! A game play that challenges players to beat as many players to win the round in this epic 3d multiplayer driving/shooting game. You’ve got to see who can become the top player in under three minutes.

Each round consists of up to 8 players in a free for all brawl deathmatch, whoever gets the most kills in three minutes is the winner! 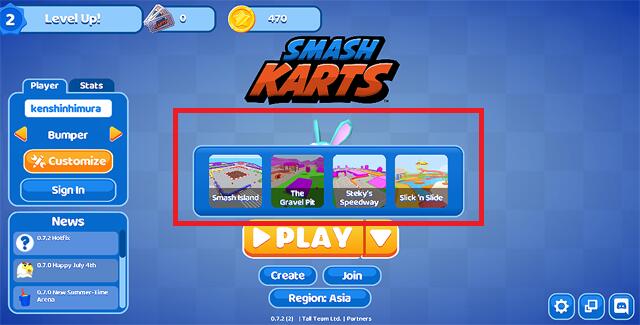 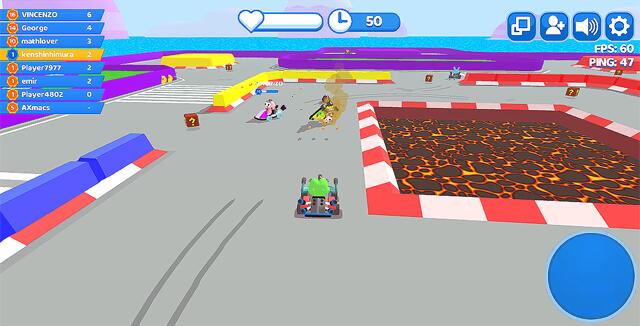 Get ready to join the fray as soon as you join in! 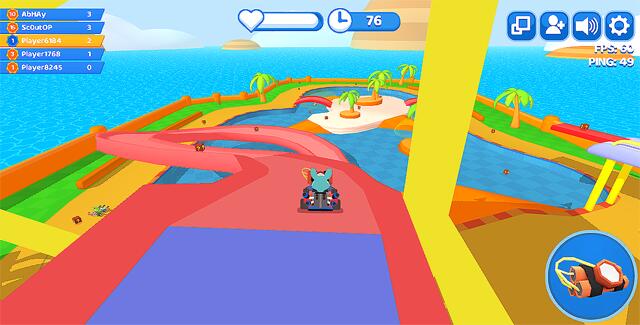 Drive your kart and grab the mystery boxes

that will reveal random weapon for that moment! 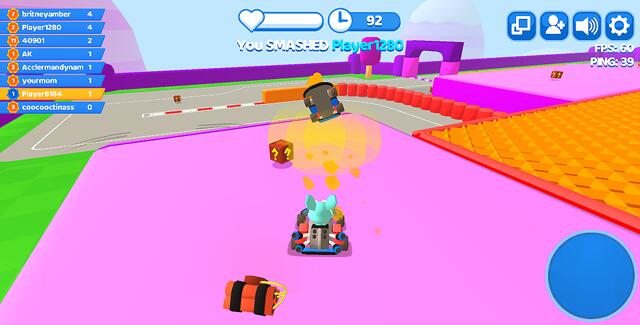 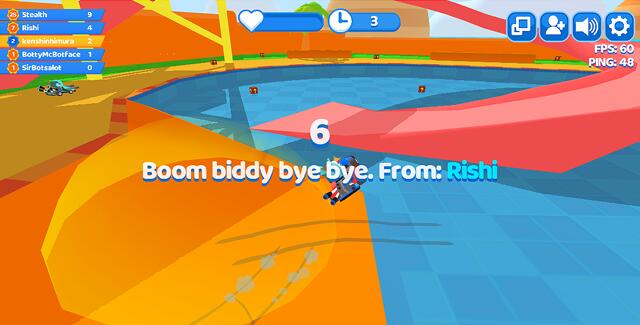 If your kart got smashed, you’ve got 6 seconds to respawn back in the game again! 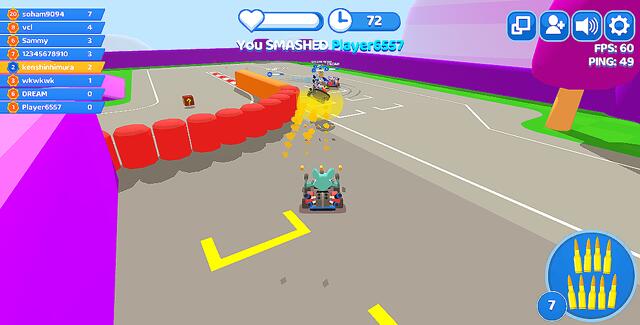 Ambush other karts or set up bomb traps. Use the weapon quickly before its gone! 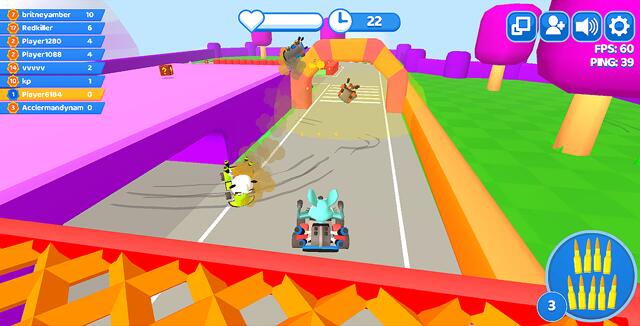 You can have multiple kart smash as well!

Play with the most number of player pawned wins the round! 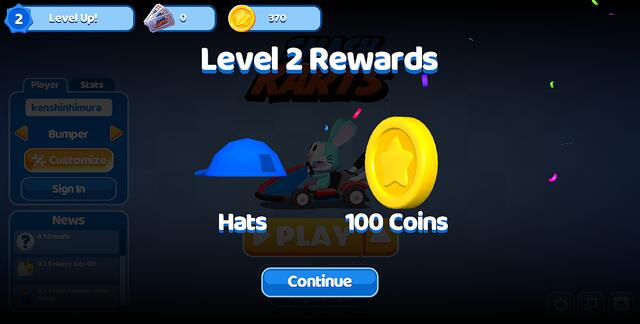 Level up your character and get some free rewards!

Have a lot of fun playing this game here at Y8.com!

Drive around on your go kart, pick up weapons by going over mystery boxes.

I also played it and it was great